Happy Thanksgiving! Today I’m thankful that I happened into this sweet lot of comics from Zack Soto, dating from 2002 through 2008.

I’d like to point you to a history of Study Group, but lacking one I’ll rattle off what I know of it from memory (citations needed).

In the early 2000s, Study Group 12 was an annual comics anthology with an artist’s book sensibility that was edited, published, and printed by Zack Soto. If I was to wager, I’d guess Zack was inspired by Jordan Crane’s Non, another high-design anthology series of the era. If memory serves, Study Group 12 was also a somewhat-secret online message board, and eventually a webcomic publisher (which it still is). As far as I can tell, sometime after 2010 the “12” was lost, and Zack Soto’s publishing platform was known thereafter as Study Group. It’s now a robust micro-press that, in addition to publishing its anthology (now called Study Group Magazine), puts out single titles by authors like Sam Alden Farel Dalrymple (no small boast, those are two of the hotter names in indie comics right now).

(Like I said, I’m just rattling this off from memory. I’d welcome Zack or anyone to correct any errors here.)

Today would be a good day to head over to Study Group and order some swag. 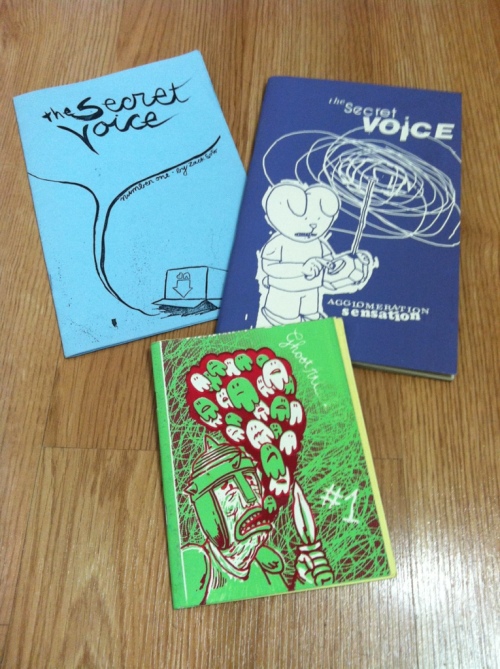 Inside The Secret Voice 1 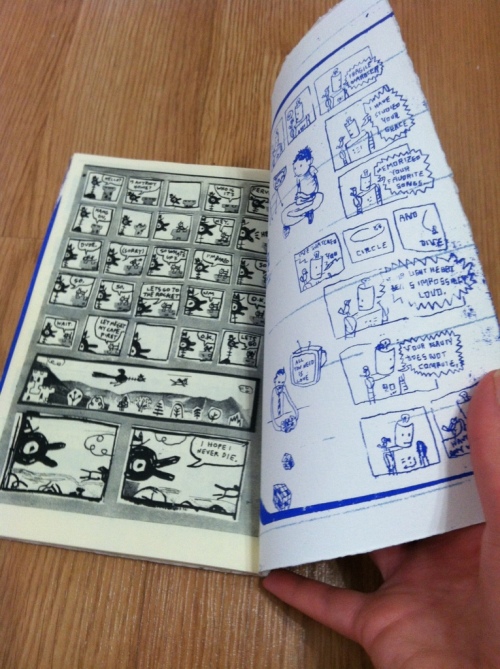 Inside Study Group 12 #2 (a spread by Souther Salazar)

I like Throwback Thursday. How could I not? I like old photos andold memories. I’m sentimental.I thought it would be fun to dig into my minicomics collection onThursdays and find a special specimen that is at least 10 years old.Let’s see if it catches on.Dirtbag #7 by David Kiersh (2002) 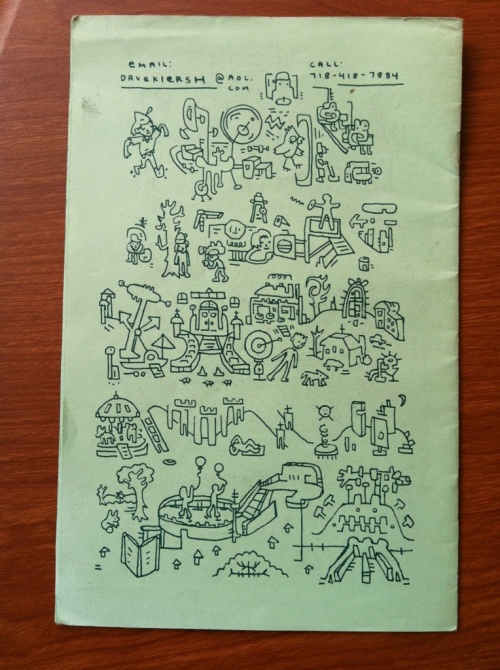 As far as I can tell, this mini was Riso printed in green ink and, according to David, published six times a year!

I always liked David Kiersh’s early work, when it was sentimental andscribbly. It was whimsical stuff. If I’m to be honest, his more recentwork is a little too cold and polished for my tastes. But I’ve alwaysrespected him for creating work of his own unique vision (which can be a little weird), and never pandering to what’s popular and commercial. His interest in the lives of troubled teens and his sincere appreciation for the after-school special always shines through.