Sorry about the scant updates. I’ve been  traveling: three shows in four weeks! Here’s my only pic from Short Run in Seattle. This was a Halloween show so I dressed as Frank and got a photo with Frank’s pa, Jim Woodring (his real pa, not his faux pa, as Calista Brill pointed out). 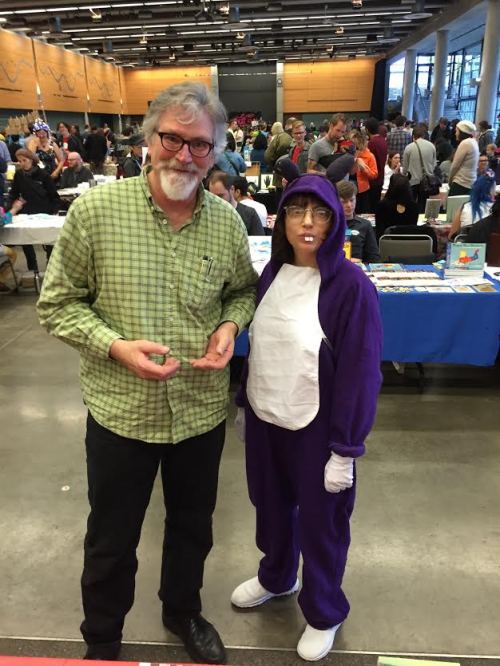 I’m very happy that I have no shows planned until spring. I have no scene report for Short Run or CAB, because I was working solo, non-stop  for both shows (with one-day shows, you can’t really afford to take a break). I’ll say this much: Short Run is a friendly, good vibes show with pretty good sales and low table cost, BUT if you’re traveling from the Midwest or the East Coast, covering cost will be a real challenge. CAB is a lively and intense show, packed to the gills, but covering travel cost is very doable.

A lot has been happening while I was away. Here is some of it. 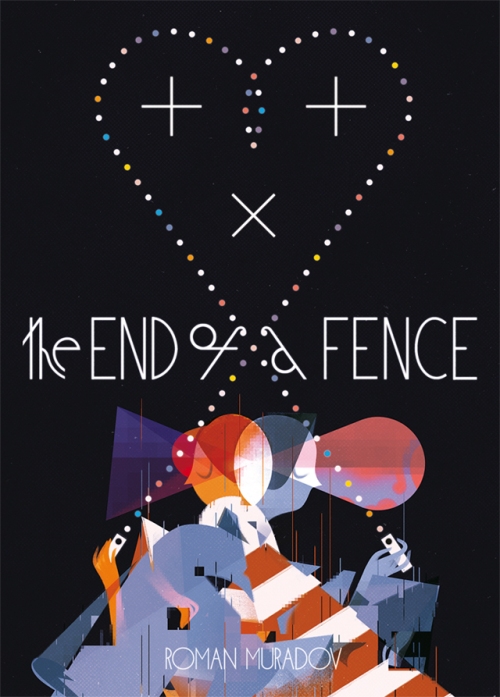 Read this announcement and preview over at Comics & Cola. End of A Fence by Roman Muradov, the first in the kuš mono series, will be release in a few weeks. You can pre-order it for just $14, including international shipping.

Bug Boy, a lovely and hefty (352-page) graphic novel for young readers by Laura Knetzger, is being released by Czap Books in early December. You can pre-order your copy now, and there are some pretty cute pre-order bonuses (tote bags, pins, etc.).

I haven’t dug into this book yet, but from the outside it looks great—as good as anything from a major trade publisher. Czap is a micro-press to watch, and their projects are becoming more ambitious.

Here’s the link for the new survey! Seriously, take the time to fill this out. The Devastator and The Beat compile this data every year in order to paint a picture of what works (and what doesn’t) for the independent convention exhibitor. As the other micro-publisher that collects annual data to better understand the world of small publishing, I heartily endorse this effort.