One of the comics I’m most excited about is At the Shore by Jim Campbell. Currently, it’s only a digital release, but I heard that it will go into print if there’s enough interest. Here’s hoping! I think this is a pretty safe bet for Alternative, since it’s good stuff, and Jim has built some sort readership as he released this in minicomic form. also, Jim is in a band (maybe they’re famous, I don’t know) and that’s gotta help? They have one of the best band names ever: Moonmen on the moon, Man. (Actually, he might be more famous for being in Paperfleet. I don’t know about music.) 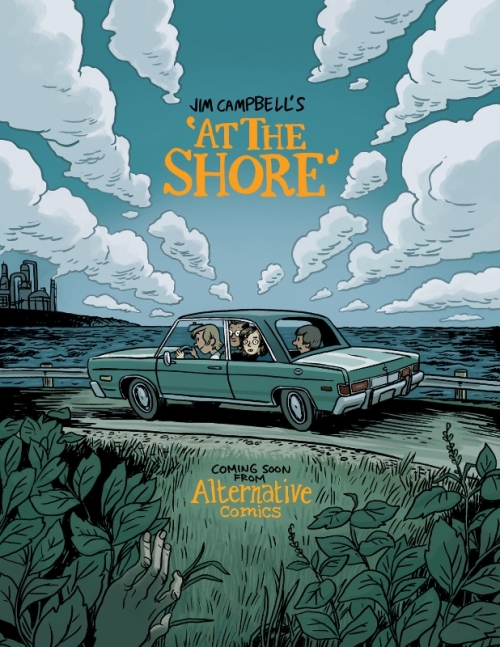