(While I’m on the topic, I’d like to mention that Rob Clough just released his list of top 30 mini and pamphlet comics of 2014. Micro-presses on the list are Oily, Retrofit, Revival House, Dog City, Breakdown Press, Sparkplug, Colour Code, 2D Cloud, Yeti Press, and Alternative.)

I got the good news a few days ago that Penina Gal and Scout Wolfcave’s comic Limp Wrist won first place in the SPACE Prize Minicomic / Short Story category. (It was a tie with  Joseph Remnant’s Blindspot #3, published by Kilgore Books.) My micropress, Paper Rocket, republished a full color version of Limp Wrist.

Before Penina brought this to my attention, I had never heard of the SPACE Prize. Which got me wondering, what awards exist out there specifically for minicomics? Meaning, ones that use the word “minicomic” in their title, or specifically target those types of publications. There aren’t many, but here’s the ones I could find, both past and present.

Ryan Claytor wins the the SPACE minicomic prize in 2013. Image via Eventized.

The SPACE Prize is awarded annually for comics that are present at the previous year’s Small Press and Alternative Comics Expo in Columbus, Ohio. There are two rotating judges for the category, with the third judge being the collective votes of the festival’s exhibitors.

The Chicago Alternative Comics Expo (which somehow is abbreviated as CAKE) debuted the Cupcake Award last year. The $250 cash prize is awarded annually to an early career cartoonist, to cover the printing cost of a new minicomic to debut at CAKE. The award also comes with a free half table at CAKE and mentoring from Annie Koyama. You can submit by sending an artist statement, CV, and work samples. 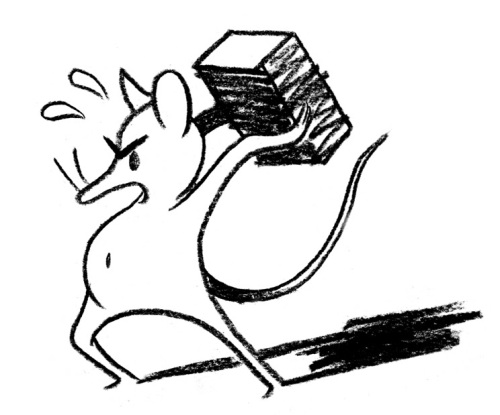 The Ignatz is the festival award of the Small Press Expo, and it has a mincomic category. Five anonymous jurors select the nominees, and the winner is decided by a popular vote of those present at the festival. And the award is an actual brick! You can submit your books by mailing them in by May 31 (eligible books must have been published between June 1 of the previous year and May 31).

The Isotope Award for Excellence in Mini-Comics

The Isotope, designed by Crowe

The Isotope Award for Excellence in Mini-Comics was offered from 2003 to 2011. It was a very fancy trophy awarded by a very fancy comic shop: Isotope in San Francisco. A winner was selected annually by a committee of judges, and the trophy was awarded at the Alternative Press Expo after party, held at Isotope. Anyone could submit a minicomic by mailing it in, though the winner needed to be present at the award ceremony.

This award was coordinated by Jesse Reklaw, and named in honor of John Porcellino’s cat, Maisie Kukoc (1991-2007). The award had a run of about five years. If memory serves, nominees were submitted by a group within the self-publishing community, and individuals could vote via a website Jesse built. There was a small cash prize, and a really cool trophy (the design changed over the years). The prize was awarded during Portland’s Stumptown Comics Fest.

Did is miss any awards? I won’t get into grants here, though there a few I’ve been thinking of writing about (The Xeric, the Prism Queer Comics Press Grant, and the SAW Micro-Grant come to mind). But that’s another blog post.

This entry was posted in Uncategorized and tagged awards, conventions, minicomics. Bookmark the permalink.